Operation Research Society of China(ORSC)’s Tenth National Assembly as well as the 2016 Academic Forum were held at Kunming during October 14th-16th, 2016. During the assembly, Prof. Ge Dongdong was awarded the Youth Science and Technology Prize of ORSC, and was elected as a committee member of ORSC. Aiming to honor scholars under 38 who has made outstanding achievements in operations research, Youth Science and Technology Prize of ORSC demonstrates winners’ excellence in scientific research. 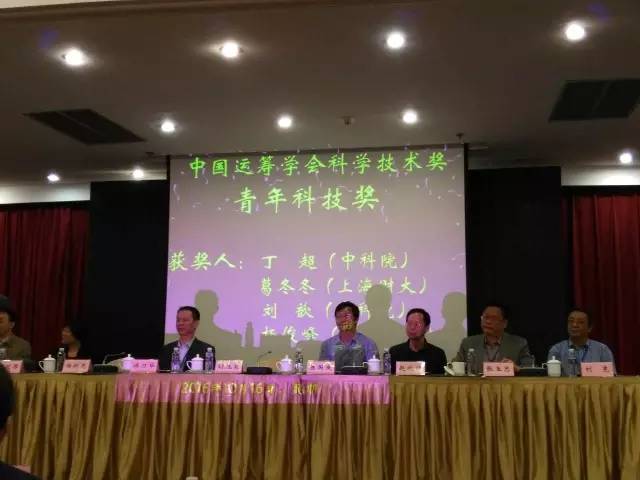