Aharon Ben-Tal is a Professor of Operations Research and Optimization at the Faculty of Industrial Engineering and Management at the Technion – Israel Institute of Technology.

He received his Ph.D. in Applied Mathematics from Northwestern University in 1973. His interests are in Continuous Optimization, particularly non-smooth and large-scale problems, conic and robust optimization, as well as convex and non-smooth analysis.

Recently the focus of his research is on optimization problems affected by uncertainty. In the last 15 years, he has devoted much effort to engineering applications of optimization methodology and computational schemes.

Professor Ben-Tal was awarded in 2007 the EURO Gold Medal and was named INFORMS Fellow in 2010.

This course starts with a relatively simple treatment of uncertain linear programming, proceeding with a deep analysis of the interconnections between the construction of appropriate uncertainty sets and the classical chance constraints (probabilistic) approach.

This course also introduces various essential topics in this area, including:

Finally, some interesting examples and applications will be mentioned, including: 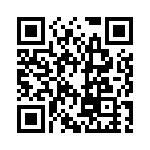